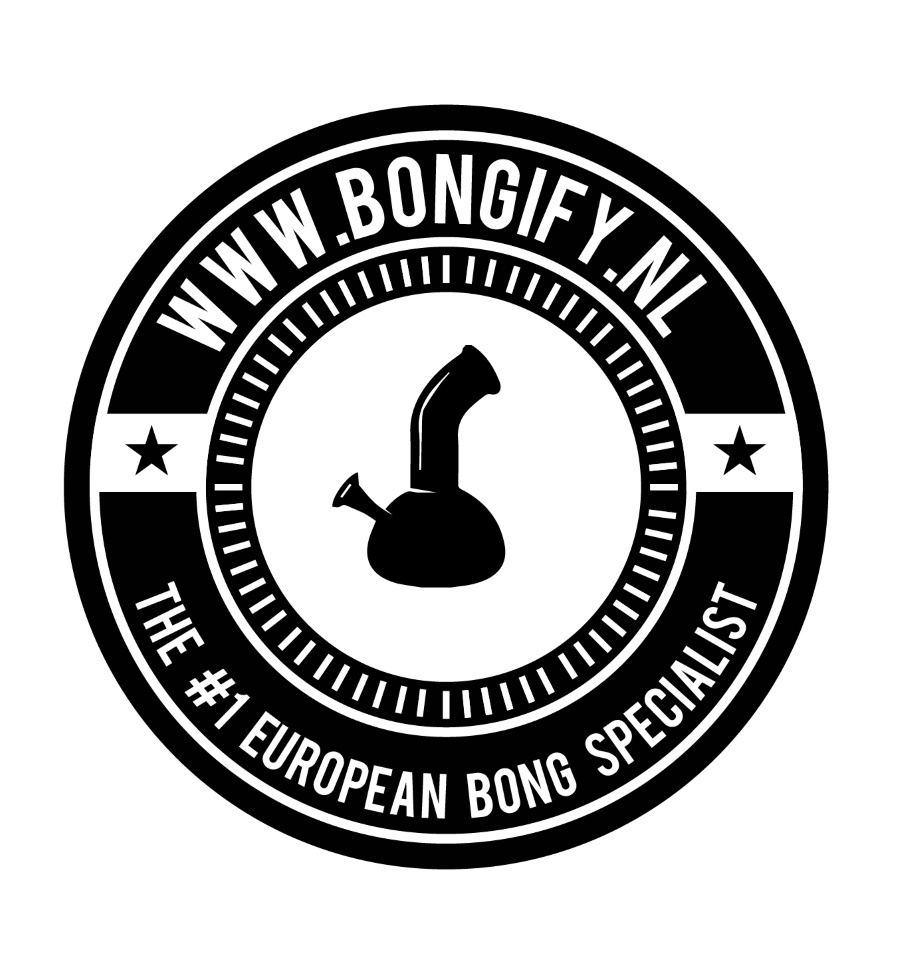 This Black Leaf Party Bong / Shisha / Hookah is one of the most fun bongs of our assortment. With this bong, you can smoke with up to 4 people simultaneously! Although this bong might look more like a shisha than a bong, there are a few important differences. The biggest and most noticeable difference between this party bong and a regular shisha is that this bong has a bowl designed to smoke dried herbs, and not primarily for (flavoured) tobacco. It is however very easy to switch the bowl for a regular shisha head, in order to make this bong a full shisha.

Another important difference between a shisha and a bong, is that most shishas aren't made of glass, and this "party bong" is. Even though glass is obviously more prone to breaking than metal or plastic, glass is in fact the #1 best material for making water pipes. And here's why: glass is completely taste- and odourless, and doesn't add any unwanted fumes or vapour to your herb smoke, even when burning at extreme temperatures, whereas metal bongs and shishas tend to leave behind a funky, unlikeable and unwanted taste. But what's even worse, is that metal bongs and shishas often make you inhale toxic fumes without the user even realizing it. With this glass party bong there's no worrying about any of that, so you can rest assured and smoke in peace.

This Black Leaf Party Bong / Shisha / Hookah can be used with herbs (such as cannabis), hashish, (flavoured) tobacco or a mixture to your liking. When in doubt on whether to buy a bong or a shisha, this is your shot to have both. Can you smoke weed in a shisha? In this one, you can. The Party Bong is 36 centimeters tall: not too large, not too small, and easy to store. The downstem and hose sockets are all SG19 (18.8mm) standard grinding or "sure grind". This bong is made of high quality glass, and comes with 4 hoses with wooden mouthpieces, and 4 bong plugs to close off the unused hose inlets. This revolutionary shisha bong is relatively cheap and indispensible at every party.

Reviews 1
Write Your Own Review
Related Products
Check items to add to the cart or
We found other products you might like!
Copyright © 2018 Bongify. All rights reserved.